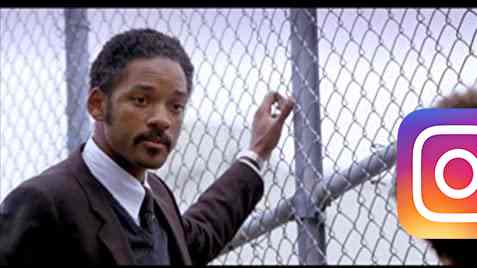 | DISCLAIMER
What the following is not:
Sefl-help or advice
Who’s not responsible: ME
Am I professionally competent to write about human psychology and philosophy?
No, but I’ve read some Camus and I’ll try.
Should you take this seriously? NO.

Do you remember the last time you felt truly happy?

That might seem like a hard question and it’s completely normal. One of the reasons why you possibly think it’s hard could be because you’re a millennial and happiness is a vague concept at this point, but I think it’s a hard question to answer because of that extra word – “truly”.

For some reason, “true” happiness seems to be something that’s above all other human emotions, and definitely way above plain, normal, everyday happiness.

Similar to “doing what you love”, being truly happy is also something that most of us struggle with. But why is this the case? Also, what makes one particular kind of happiness any closer to being “true” than other types of happiness..es?

The problem with measuring happiness

Do you ever wonder why your answer to, “On a scale of 1 to 10, how happy are you?” is rarely 10? Again, it’s normal. How are you even supposed to answer that question without understanding what each level of happiness actually looks and feels like? Isn’t it kind of stupid measure something by extremely vague units? Yet, the contemporary model for happiness seems to be rooted in measuring and comparing, and definitely not in a healthy way.

New research suggests that the ways that we make comparisons may give us a biased account of our own skills and experiences.
…
Social cognitive psychologists have long known that when we want to feel better about ourselves, we make comparisons to people worse off than we are (or think of ways that things might have been worse than they are). When we want to improve, though, we compare ourselves to people who are better than we are. This is especially effective if we compare ourselves to people we feel like we can realistically become—superstar seniors are more motivating to first-year students than they are to fellow seniors, for instance.

Is Comparison Really the Thief of Joy? | Psychology Today

We all have a personal scale of our subjective happiness and well-being and it’s fairly common to compare ourselves to others. Unfortunately, that’s not where the comparisons end.

The scale of happiness evolves through time and the riveting excitement for certain things and experiences simply fade away. The concept evolves and becomes something that’s not as accessible as it was before.

However, the problem is that we do the same fucking thing with everything and at all times.

“My happiness is only at 6 today, his happiness seems to be at 9. Something must be wrong with me.”

Social media, metrics, and The Matrix

I think my relationship with The Matrix Trilogy could be a coming-of-age love story. I was really young when I saw The Matrix for the first time and the only thing I thought was that it was cool, because it looked cool.

I would then go on to watch the next two movies in the trilogy and the quality just kept plummeting but I played along, because the first movie was kind of game-changing. It had opened my eyes and I was afraid to shut them down.

Unfortunately, it reached to a point where I began to hate the entire trilogy, even the first one that was really cool.

Here’s a scene from the The Matrix Reloaded:

I used to really hate that scene because it felt so out of place. Why would you be raving in a post-apocalyptic world run by machines that want to farm humans? But then I thought about it deeply.

Everyone in that scene is supposed to be living in a really futuristic world and they’re fighting against advanced computers that have taken over. In order to get out of the Matrix, you had to be really serious about computers so everyone in that scene is like a hacker or a computer genius like Neo. They had been fighting a war for 100 years against the machines, which essentially means it was a war between Silicon Valley’s third generation of warriors and AI. Keeping that perspective in mind, if you had to bet what the world would look like for the human side in that particular war, the scene kind of makes sense.

Anyway, so after some time, I watched the first movie again.

This time it wasn’t like the old curious bliss type of a feeling but it was a feeling of silent admiration and a feeling of introspection. This was the turning point of my coming-of-age romance with The Matrix.

I also started noticing little details such as the fact that the movie actually had a story, which tried and in many ways succeeded in bringing the idea of life being a computer simulation to the mainstream. Also, I started wondering about things such as how Trinity is literally an insult to the female gender.

So, as I rewatched The Matrix, I realized that 15-year old me didn’t really think about all that shit but figured out that leather looked hot. I mean, can you really blame adolescence? Yes, you can, and you should but whatever.

Getting back to the point, The Matrix i.e. the first movie talked about a world where everyone is plugged into… the Matrix.

The Matrix is a simulation where we all live out virtual lives without ever knowing anything about it because we’re dumb humans. The simulation was created because evil computers have taken over the world and use human organic material as batteries, for some reason.

There are considerable ideas that we’re actually currently living in a simulation but even if we’re not living in one, at least a part of us lives in the virtual world – in social media.

Social media has dramatically changed the way we look at things and ourselves. Can you imagine living in a world without Facebook or Instagram?

It is not possible to stop social media at this point. However, it is still exciting to think about the studies that’ll come out years in the future about the harmful effects of using social media on the first few generations of people that got it (the same millennials for whom happiness is a vague concept). With social media, for probably the first time in history, our relationships and happiness have been successfully quantified to extreme detail.

The hypothetical happiness scale has been turned into a real one by social media.

The answer to the question, “how happy are you on a level of 1 to 10” has finally become easier. It’s as if we’re already within the Matrix, it’s just not as cool or as immersive as we had imagined it to be but maybe we’re too self-obsessed to notice.

Of course, social media is definitely not all bad and there might be some valid reasons to use them (I’m just adding this here so people don’t come at me like “Hey man, BUT you posted this on Facebook and spammed it everywhere!”). However, in my opinion, blessed will be and are those who are able to see through the virtual scale of happiness and open their eyes to the real world.