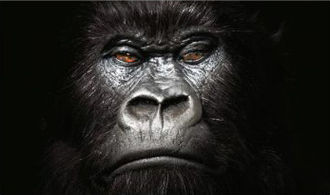 If you were one of the executives running Cadbury in 2006-09, it would have been a particularly bad time for you.

The company was facing an absurd number of public relation disasters during that period. For example, one of the company’s factories was responsible for exposing workers to salmonella and eventually cost the company more than £20 million due to product recall.

On the other hand, the Food Standards Agency fined the company £1.5 million and asked it to improve the “out of date” contamination testing procedures.

Also, the company had just distributed chocolate easter eggs with nuts but forgot to print the nut allergy warnings. To make things worse, you also lose an additional £5 million for a marketing campaign because some of your marketing material was found to be “offensive”.

Lastly, the company ended up closing a historic cemetery near Boston, United States, after it organized a “treasure hunt organised as a sales promotion”.

And just to fuck up your life, even more, it has also been leaked that the company would be cutting thousands of jobs and moving them overseas to Poland.

Basically, you needed a win, badly.

Of course, being an executive, you execute.

You fire your old marketing agency and find a newer, sexier one. And you tell them to fix everything – you know, do their marketing thing and make everyone fall in love with the brand again, use things like gorilla marketing, whatever.

That newer, sexier marketing firm just happened to be Fallon London and it would not be wrong to say they redefined what Gorilla marketing can mean.

This is the centrepiece to the marketing campaign that executives at Cadbury chose to run in 2007 right when their brand’s public image was very close to dying:

That advertisement is indeed objectively awesome. It’s artistic, inspiring, and beautiful even though you might not be able to put a finger on as to why.

If you’re still pretending to be an executive at Cadbury, it is also possible that you couldn’t believe that you just spent more than six million euros on a Gorilla playing the drums to Phil Collin’s “In the Air Tonight“. Maybe, you just decided to cut your losses at this point.

Yet the campaign turned out to be one of the most successful viral marketing campaigns ever created.

Cadbury’s Dairy Milk sales went up by 9% due to that campaign. According to marketing data, 20% more people liked the brand more after the advertisement release than they did before the advertisement.

The campaign also won a lot of prestigious awards. Phil Collin’s “In the Air Tonight” went to number one spot at the New Zealand RIANZ Singles Chart. The song’s previous record was being listed at #6 when it was originally released in 1981.

The Gorilla that saved a brand

One of the major questions, out of many, that people had after seeing the advertisement was about the Gorilla itself. Was it a real gorilla? How did it learn to play the drums? Why Phil Collins?

The gorilla in the advertisement was not really a gorilla but an actor in a gorilla suit. The actor who played the gorilla was Garon Micheal who had previously played the role of a gorilla in films like Congo, Instinct, and Planet of the Apes (2001). Basically, he knew exactly what he was doing.

The suit included remote-controlled motors in the face to create the facial expressions. While the face motors were controlled by technicians, the actor was responsible for all the other physical movements.

What were they thinking?

The central idea behind the marketing campaign was to make all brand communications feel as effortless as eating a Cadbury bar. The idea was to step away from traditional advertising that catered to an older audience and instead to create “entertainment pieces” that were aimed at a more inclusive audience and use viral marketing.

The “A glass and half full of joy” media house was solely created with to create media that would distil in you the same feeling that you would feel while eating a Cadbury bar.

While viral marketing and digital marketing have become standard techniques in today’s landscape, they were still pretty new back then.

Just like any phenomenon/meme, the advertisement was remixed, redone, and parodied until the public just got tired of it. Yet for a transcendental moment in the history of advertising and marketing, Gorilla did make everyone go ape-shit crazy about Cadbury.