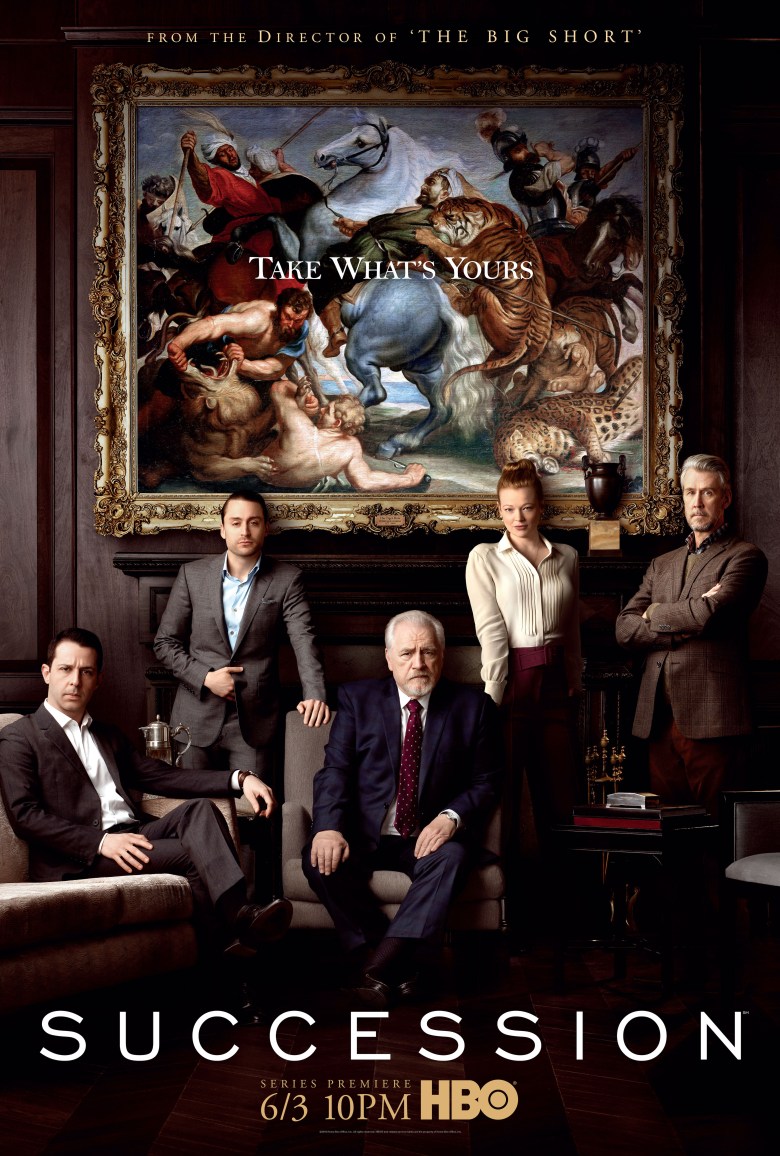 On paper, “Succession” sounds like a boring show that nobody would want to watch.

The Roy family is known for controlling the biggest media and entertainment company in the world. However, their world changes when their father steps down from the company.

Yeah… not that interesting. Also, the family controls only the fifth largest media and entertainment company, not the largest.

However, after spending a few days ignoring all my material world duties (except for walking the dog) and sitting through all the three seasons of the show so far, I think it is easily one of the best TV shows of all time. It delivers something that I have never been seen before.

What I thought would be a shallow take on “EAT TEH RICH” turned out into a complex, intense, dark, and hilarious tale of a family that’s deeply broken at its core. Interestingly, even though the show is about wealth, money is kind of irrelevant to the story.

If you think that you will not enjoy watching a show about billionaires basically talking to each other, this post should convince you to reconsider.

Nicole Kidman, Laura Dern and Reese Witherspoon play affluent and variously unhinged mothers who chat, bitch and clash. They may or may not murder someone in upscale Monterey, California, a place of SUVs, anodyne art, sea, coffee and abundant wealth. The New York Times called it “lifestyle pornography”, fixing on that as its saving grace. But the premise is the problem: the wealth is held to be interesting in its own right.

While the article was talking about Big Little Lies, the same logic applies to Succession. Should a show about billionaires be interesting just because “wealth has to be interesting in its own right”?

There are several examples of lifestyle pornography in TV and cinema from MTV Cribs to The Wolf of Wall Street–where the commoner audience can live vicariously through the characters in a life filled with rich debauchery.

However, one of the major differences between the examples above and Succession is quite a simple one–you never really want to be any of the characters in the show, in fact, you almost feel sorry for them.

As described so colourfully by the IMDB summary, the show revolves around a fictional business family that owns a massive media conglomerate called Waystar Royco. At the top of the company is Logan Roy, the founder and the CEO, a ruthless businessman from a declining era. He is in his eighties and has to start thinking of passing his legacy forward, hence the need for succession.

Fortunately, being the patriarch of the Roy family, he has multiple vetted choices to hand over his throne. Yet he doesn’t trust anyone and sees everything in life as a battle to be won or lost, and he’s not shy from fighting his own children and absolutely destroying them.

Speaking of the children–there’s Kendall Roy, the second-eldest son who seems to fit the profile. He is a young executive willing to take over the world and change his father’s boomer media company into a new age media company. However, while he often thinks of himself as the prince charming, he battles extreme drug addiction and often feels worthless because his father never loved him while growing up.

There’s also Roman Roy and Shibona “Shiv” Roy, the youngest son and the only daughter in the family.

Shiv is highly competent and works as a political and corporate analyst. However, underneath her image of ruthlessness and being a “cold stone bitch”, she seeks approval from her father and wants to be the next CEO as she believes Kendall breaks under pressure (also because he’s a drug addict) and that Roman is absolutely useless (which is also true). However, for some reason, she always ends up getting the short end of the deal.

Also, there’s Connor Roy, the oldest son in the group, who’s basically irrelevant to the power struggle as he never amounted to anything in life and lived on his father’s wealth through it all. Yet, this stings him a little and makes him feel worthless too.

That’s where the difference between lifestyle pornography and Succession starts.

Instead of watching someone climb up the ranks like in The Wolf of Wall Street, Succession begins with characters who are already at the top. All of Logan Roy’s children have been obscenely wealthy their entire life–money is meaningless to them and as an extension, to the show itself.

Succession paints a beautiful world filled with rich extravagances but never stops to focus on them. In fact, they’ve been purposely punched back to the background, almost like how you stop noticing your everyday commute to work.

The show is filled with planned clumsy cinematography and often uses unflattering profiles of the characters and bad lighting, in an attempt at dimming down what should normally be opulence into plain everyday melodrama.

The show’s focus instead is on the intense power struggle that goes on in the family, a fight where all parties are trying to look for their own personal angle and try to fuck every other person over, all the while masquerading as a family and managing conflicting interests.

Alliances are forged and broken all the time, there are winners and losers in every scene. Like the Roys, we also kind of stop being excited about the wealthy lifestyle we see every day and instead start looking at things they prioritize (such as choosing the next president).

When we watch the Roy family fly in three different helicopters for everyday casual trips, we’re not thinking about how they are using personal helicopters as basic taxis, or the crazy multi-million dollar mansions they move to and fro from.

Instead, we’re worried about what’s going to happen if the deal doesn’t work out or if our brother fucks us over but if he doesn’t, would we be one step closer to the throne?

It would have been easy to make Succession a slapstick comedy–an old bumbling fool cannot find a successor because all his children are spoiled and psychologically traumatized from their childhood. However, Succession carries weight and manages to actually make us feel invested in the stakes, which almost makes it feel like a drama.

Yet for many, Succession is actually more comedy than drama.

Succession as a black comedy?

So, if Succession is not just lifestyle pornography, what is it?

While there are several dramatic moments in the show and the overall plot leans towards drama, every episode is also filled with really hilarious moments. Even though the characters jostle for power and do get “hurt” in the process, they are never under any real threat (physical or financial), which almost gives the show a sitcom-type vibe where the characters can go through many plots without really transforming into anything different.

Adam McKey, producer and director of the show’s pilot, also directed The Big Short (2015), the Oscar-winning movie about the collapse of the US housing market in 2008, in which he balanced a heavy subject with an honest but almost light-hearted approach. Yes, The Big Short explored how corrupt the US financial system had become and how many lost their homes and pensions etc, but it also had its funny moments.

Given this background in comedy, it makes sense to see the show as a black comedy instead of a serious drama. Yes, the plot often takes seriously dark turns and characters often betray each other in a circle of abuse that runs deep in the Roy family but instead of coming across as a serious drama, it often seems like Arrested Development but with higher stakes.

Outside of the main family characters is Cousin Greg who provides the majority of comedy relief. As we follow his arc of trying to get into the Roy family for financial gain, he becomes a familiar point of reference for the audience.

He is often the only character to react like a normal person to the extravagant and sometimes horrible things that go on in the show. He is usually teamed up with Tom, who’s looking to marry Shiv and make his way into the family (for love and for financial gain). Both of them are often given the short end of the stick as they’re not considered important much to Tom’s dismay.

At some moments, the show will surprise you–you would feel concerned about a character because their father was mean to them but soon you realize they are actually quite a terrible person with unlimited wealth, and their serious adversity is basically glorified entitlement.

On the uppermost level, Succession is a comedy of manners, a satire on the absurdity of wealth. The Roys’ lives might be tragic, but their whole world is laughable.

Is Succession a Comedy? – vulture.com

The show sometimes touches on the dark side of uber wealth and the family does have plenty of skeletons in their closet as we eventually find out. However, the fact that all characters are horrible human beings makes it a bit hard to root for any of them even if they’re facing a ton of purchasing-power adjusted adversity.

Hard to sum up but easy to watch

Even though the show defies categorization, it features some of the finest writing, acting, and story-telling in modern television. It is Game of Thrones without dragons, Entourage without the douchebaggery (to a certain point), and King Lear with a few “fucks” thrown in between–it is anything but lifestyle pornography.